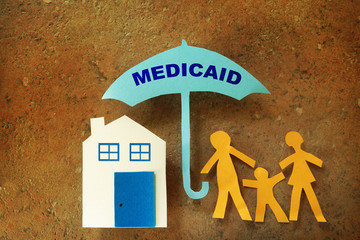 Last week, state Democrats renewed their calls for Medicaid expansion in an effort to address the state’s long-standing racial health disparities and to help out the state’s economic recovery from the pandemic.

Under the American Rescue Plan, the state would receive more than $1.7 billion in federal funding in addition to incentives targeted at helping address issues of maternal mortality, if the NCGA moved forward in improving access to health care coverage through Medicaid expansion.

From The Progressive Pulse:

”Medicaid expansion is one of the best policy interventions the General Assembly can take to reduce health care disparities, and make sure communities of color can get the care they need particularly during a time when communities of color have borne the brunt of the COVID epidemic,” he said.

North Carolina remains one of a dozen states that have not expanded its health care coverage, leaving more than 500,000 North Carolinians without adequate and affordable health care access.

In the last decade, the NCGA has repeatedly rejected the expansion, which has resulted in our state losing out on billions of federal funding, several rural hospital closures, and an ever-growing coverage gap.

The failure to expand Medicaid has also left inadequate coverage for new mothers, as Medicaid would help reduce the rate of maternal deaths and cover pregnant persons up to birth and for 60 days afterward. According to the Centers for Disease Control and Prevention, North Carolina has the 12th highest infant mortality rate in the nation.

For our state to have a just recovery, our lawmakers must enact equitable and inclusive legislation that would benefit every North Carolinian. Through Medicaid expansion, the state could finally make steps in closing the healthcare coverage gap and delivering affordable health care access to everyone across the state.