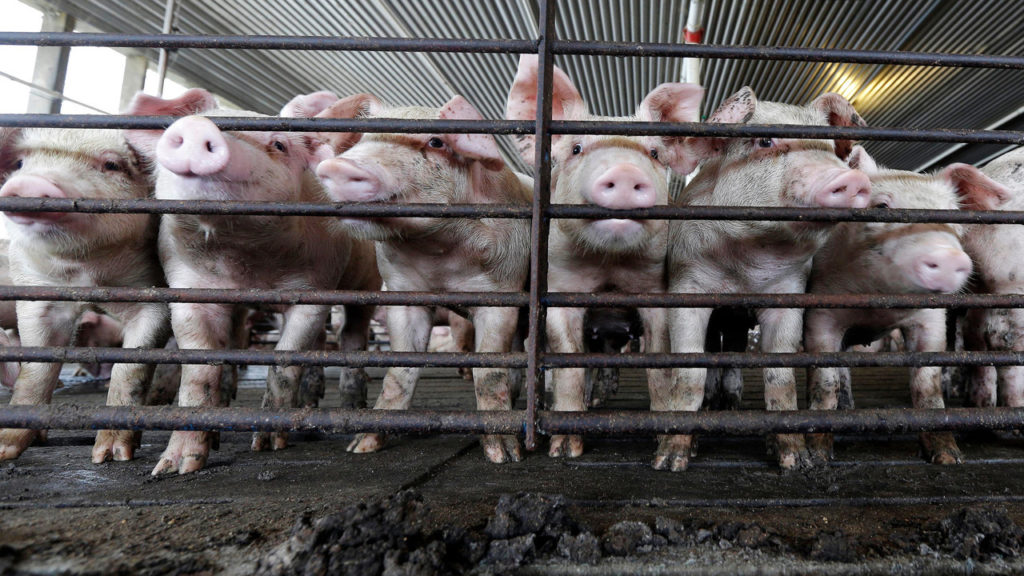 Last Friday, attorneys for a subsidiary of Smithfield Foods, the world’s largest pork producer, went before the Fourth U.S. Circuit Court of Appeals and asked three judges to overturn a $3.25 million jury award in a lawsuit filed by neighbors of a large North Carolina hog farm.

The attorneys were met with surprise as a federal appeals court judge made a remarkable speech midway through oral arguments in the N.C. hog nuisance lawsuit of McKiver v. Murphy-Brown.

In his speech, Judge J. Harvie Wilkinson III alluded to the history of water contamination near large North Carolina hog operations, and to studies that have associated hog-farm emissions with health conditions like asthma. “Nobody wants another Flint, Michigan,” he said. “And this can’t be good for children’s respiratory systems.”

“What troubled me as I looked at the complaint and at trial [transcripts],” Wilkinson began, comments that in retrospect, were stunning for their empathy. “Yes, the hog farming certainly provides many jobs in eastern North Carolina. It’s important to the economy and national food supply. But it’s harmful to the people who live nearby. It’s got to be environmental harmful to the waterways.”

Wilkinson went on: “And the inhumanity to the animals and the fatality rate. Some people may think [pigs] are ugly, and they can treat them the way they want.”

He was not finished: “If this were my property I’d be outraged at some of these conditions that were allowed to persist. Less fortunate citizens have property rights, too. They have a right to good health and enjoyment of their property. If this were some McMansion surrounding hog farming operations, or houses of the affluent and more politically powerful were here, wouldn’t these conditions have been cleared up sooner rather than later? That is my problem.”

That has been the plaintiffs’ central, if tacit, point for the nearly six years since the nuisance suits were originally filed in federal district court. All of the plaintiffs are modest of means, politically disadvantaged and Black. They have had to fight and overcome centuries of discrimination to own and keep their land.

And the plaintiffs’ enjoyment of their property, as well as its value, have been harmed by Murphy-Brown’s industrialized hog operations, five juries have determined. The company is responsible for the flies and stench emanating from the spray fields and the open-air pits of feces and urine; the truck traffic rolling by homes in the middle of the night; the buzzards that flock to rotting carcasses in the dead boxes.

Murphy-Brown appealed all of the verdicts. And on Friday, a company lawyer focused on several rebuttals in the first case, arguing them before a three-judge panel of Wilkinson, G. Steven Agee, appointed by President George W. Bush, and Stephanie Thacker, an Obama appointee.

The Fourth Circuit Court’s decision could affect the current cases under appeal, as well as serve as a bellwether for the 20 more — and their 500-some plaintiffs — that have yet to be heard in federal district court. The opinion is not expected for several weeks, if not months.

The lawmakers in Raleigh have decided that these deplorable practices are just fine. In 2017, the legislature passed a bill that tramples on the property rights of these families by capping the amount of damages a family can receive in these lawsuits.

According to the General Assembly, the profits of this huge Chinese-owned hog producer are more important than its neighbors’ health and property.