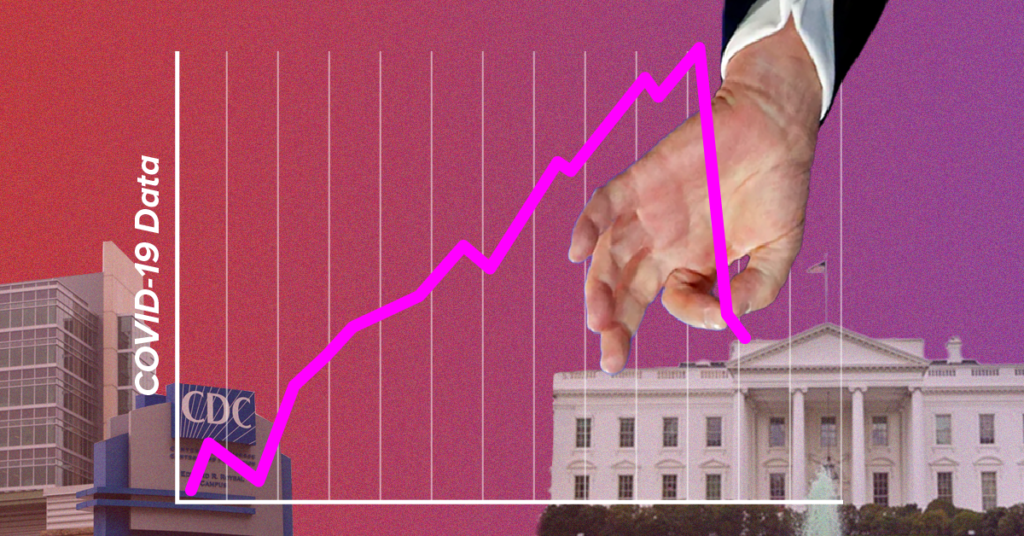 Last week, the Trump Administration stripped control of all COVID-19 data from the Centers for Disease Control and Prevention (CDC), and has ordered hospitals to send the information to the Department of Health and Human Services through a private company.

Since the pandemic began, the CDC has regularly published data on availability of hospital beds, intensive care units, and protective gear for their hospital workers across the country. This move has public health officials raising questions about the integrity and transparency of the process.

“Historically, C.D.C. has been the place where public health data has been sent, and this raises questions about not just access for researchers but access for reporters, access for the public to try to better understand what is happening with the outbreak,” said Jen Kates, the director of global health and H.I.V. policy with the nonpartisan Kaiser Family Foundation.

“How will the data be protected?” she asked. “Will there be transparency, will there be access, and what is the role of the C.D.C. in understanding the data?”

Public health experts have long expressed concerns that the Trump administration is politicizing science and undermining its health experts, in particular the C.D.C.; four of the agency’s former directors, spanning both Republican and Democratic administrations, said as much in an opinion piece published Tuesday in The Washington Post. The data collection shift reinforced those fears.

“Centralizing control of all data under the umbrella of an inherently political apparatus is dangerous and breeds distrust,” said Dr. Nicole Lurie, who served as assistant secretary for preparedness and response under former President Barack Obama. “It appears to cut off the ability of agencies like C.D.C. to do its basic job”.

Before the move, on July 10, the Trump administration quietly updated guidance on data reporting for hospitals and laboratories.

This comes after Trump criticizing the CDC’s guidelines on reopening schools as being too “tough” and “impractical”, despite 18 states marked as a “red zone” for COVID-19 cases — meaning they had more than 100 new cases per 100,000 population last week.

According to a new poll, more than 60 percent of Americans do not approve of how Trump has handled the crisis.

In yet another attempt of the Trump administration seizing control, the administration is persuading lawmakers to remove billions of dollars in funding for coronavirus testing and the CDC from an upcoming stimulus package.

Bottom Line: During a pandemic, the Trump Administration has taken responsibility away from officials who have the expertise in combating the public health crisis. Yet again, Trump has politicized the health and safety of Americans, as the White House remains with no federal plan, framework or goal.