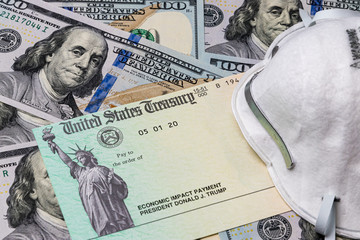 As Congress debates how to shape the next phase of coronavirus relief, the extra $600 federal unemployment benefits that were legislated through the CARES Act have now expired for millions across the country.

The last payment rolled out this past weekend, as the House and Senate are considering different economic stimulus packages.

Instead of extending the preexisting federal UI, the Senate unveiled their $1 trillion coronavirus relief plan yesterday, called the Health, Economic Assistance, Liability Protection and Schools or the HEALS Act.

The new proposed bill slashes the extra $600 benefits to a measly $200. According to a CNBC analysis, the reduction of benefits would cut the average U.S. worker’s payment by 43 percent to about $521 in total benefits per week with both state and federal aid accounted for.

The bill also fails to provide aid to state and local governments — leaving essential services such as education, public safety and healthcare without adequate financial support.

According to an N.C. Policy Watch article, the drastic cut will impact more than 5.3 million jobs in both the public and private sectors by the end of 2021, as public sector cuts and layoffs cause major fallout in the private sector as well.

The Senate proposed bill will also “end all federal expansions of unemployment benefits at the end of this year; not just the extra payment, but also Pandemic Unemployment Assistance — which expands eligibility to people who are not eligible for regular state UI, like gig workers, and the additional 13-week extension of regular state benefits”, according to N.C. Policy Watch.

From The News & Observer:

In interviews with The News & Observer, laid-off workers, employers and advocates for more extensive aid in North Carolina said any reduction in unemployment benefits puts workers and the economy at risk.

“This extra $600 was the difference between having a home and being homeless for thousands of North Carolinians who are facing unemployment due to this COVID pandemic. Any reduction in benefits is going to put thousands, or tens of thousands even, of tenants in North Carolina at greater risk of homelessness,” said Peter Gilbert with Legal Aid of North Carolina.

“Seventy percent for a family who was already spending half or more of their income in rent doesn’t leave anything for food and other essentials for life.”

Underscoring that the proposed HEALS Act will disproportionately impact low-income families and jobless folks who depended on the additional income to cover utilities, rent, groceries and other obligations.

According to a new CNBC/Change Research poll, more than 62 percent of voters in six swing states — including North Carolina — support extending the federal $600 weekly unemployment benefits.

As a mass eviction crisis approaches, temperatures continue to rise, and COVID-19 cases steadily increase, our elected leaders must come together and consider policies that are in the interest of the people.

We need swift action from Congress to prevent mass evictions, extend the federal unemployment benefits, and implement safety measures to protect all of us during the COVID-19 pandemic, and beyond.