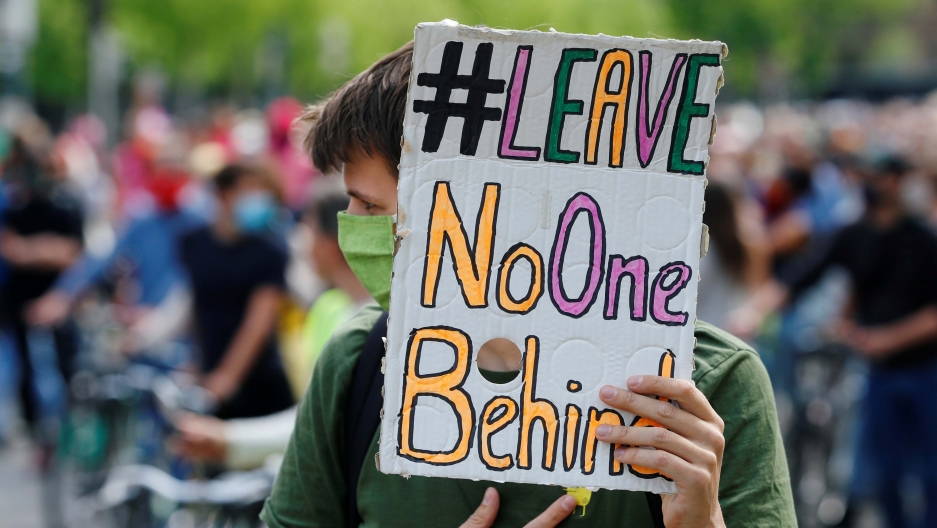 The COVID-19 outbreak has taken a toll on the U.S., exposing not only the weakness in the health care system and economy, but the continued inequalities and injustices happening in communities across the country.

During a time when the country needs direction and unity, Trump has only spread division and discord, ultimately pandering to an agitated group who have acted out and impacted innocent lives.

Since the beginning of the pandemic, immigrant communities have been repeatedly targeted by ICE, xenophobia against Asian Americans has increased, health disparities in black and brown communities have been exacerbated, and the long list of unarmed black men, women and children senselessly killed continues to grow.

Rather than acknowledge the endless injustices faced within these communities, Trump gave high praise to protestors in Michigan earlier this month –many of them armed with assault rifles — who gathered at the state’s capitol in defiance of the stay-at-home order, referring to them as “very good people”.

While, armed protesters in Michigan were met with pointed stares from officers on the scene during the lockdown protest — that itself drew attention to the racial disparities exacerbated by the coronavirus pandemic — unarmed Black Lives Matter protesters marching in response to police brutality were met with tear gas.

As hundreds of people came to the intersection where the death of George Floyd, a 46-year-old black man who died after an officer knelt on his neck for more than seven minutes, had taken place, police fired tear gas at the crowd and used flash grenades.

We say that America is a nation of values, founded on the ideal that all are created equal, but senseless deaths like Ahmaud Arbery, Sean Reed, Nina Pop, Botham Jean, Philando Castile, Sandra Bland, Freddie Gray, Rekia Boyd, Michael Brown, Tamir Rice, Oscar Grant, Jordan Davis, Eric Garner, Trayvon Martin, the Charleston Nine and countless others, will continue unless we face the ugly truth of racism.

No matter our differences, we all want the same things. We all work hard for our families, look out for our friends, and want our communities to be vibrant and prosperous.

But we cannot achieve equality for all unless we address the long-standing inequalities within our society.

We need to create a conversation that deals with the deeply rooted disparities plaguing our nation today. Discussions of our nation being built on a system that is white supremacy and the acknowledgment of privilege needs to be had.

In addition, we need to deconstruct the ideology surrounding “safety” and how it’s shaped by systems of oppression telling us who to be afraid of.

The opportunity to address what was “normal” in our society is now, and the chance to create change as the world longs for a recovery in every way, is vital.

So as long as injustices continue, the fight for justice will persist.

We must not, as a society, ignore the racism that embeds every aspect of our society. We must come together to demand that our leaders take the necessary steps to achieve true equity for everyone.

If our leaders prove unwilling to do what is right, then it is up to us to make sure they are replaced with leaders that will.