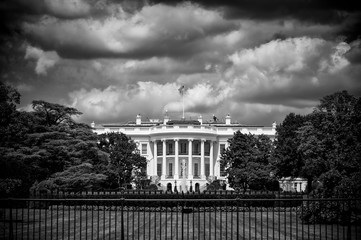 Last Saturday’s White House event unveiling Trump’s Supreme Court nominee, has been marked as one that has resulted in positive COVID-19 tests of at least eight attendees, including Trump himself.

Few attendees wore masks or kept their social distance in both the indoor and outdoor gathering, resulting in a recipe for a “super spreader” event.

The Trump administration and Republican leaders are now facing their months of reckless denial and downplay of the COVID-19 pandemic that has taken the lives of more than 209,000 across the country.

Trump at times told staff wearing masks in meetings to “get that thing off,” an administration official said. Everyone knew that Mr. Trump viewed masks as a sign of weakness, officials said, and that his message was clear. “You were looked down upon when you would walk by with a mask,” said Olivia Troye, a top aide on the coronavirus task force who resigned in August and has endorsed former Vice President Joseph R. Biden Jr.

In public, some of the president’s favorite targets were mask-wearing White House correspondents. “Would you take it off, I can hardly hear you,” Mr. Trump told Jeff Mason of Reuters in May, then mocked Mr. Mason for wanting “to be politically correct” when he refused.

This past week, a White House long in denial confronted reality after Mr. Trump and the first lady both tested positive for the virus, along with Hope Hicks, a top White House aide, and Bill Stepien, the Trump campaign manager, among others. The outcome appeared shocking but also inevitable in a West Wing that assumed that rapid virus tests for everyone who entered each morning were substitutes for other safety measures, like social distancing and wearing masks.

Since late January, Trump has consistently spread misinformation surrounding the COVID-19 pandemic. The cost of Trump’s callousness has resulted in over 209,000 deaths and 7.3 million COVID-19 cases — underscoring Trump’s complete and utter failure of handling this pandemic.

In August, Trump brushed off concerns of more than 1,000 people dying per day, stating that, “It is what it is”.

According to a Reuters/Ipsos poll, 65 percent of Americans feel that had Trump taken COVID-19 seriously, he wouldn’t be infected himself.

In North Carolina, Trump trails behind Biden, with 50 percent of NC registered voters saying they disapprove of the job Trump is doing as president.

Trump has consistently failed to tell the truth and more importantly, failed to implement a nationwide strategy to combat the pandemic. The outcome of this event is just another example of irresponsibility, lack of leadership and lengths this administration will take in order to secure its own interests — despite the millions of lives being impacted by their careless and apathetic decisions.

Bottom Line: Trump only knows how to bluff and bully his way out of everything. With just recently going as far as to tweet, “Don’t be afraid of Covid. Don’t let it dominate your life”, yet failing to acknowledge the 209,000 Americans that have lost their lives to COVID-19 and the millions that are without adequate healthcare coverage.

This event has made it crystal clear –Trump and his Republican enablers are woefully incompetent and unworthy of leading our nation through this public health crisis.