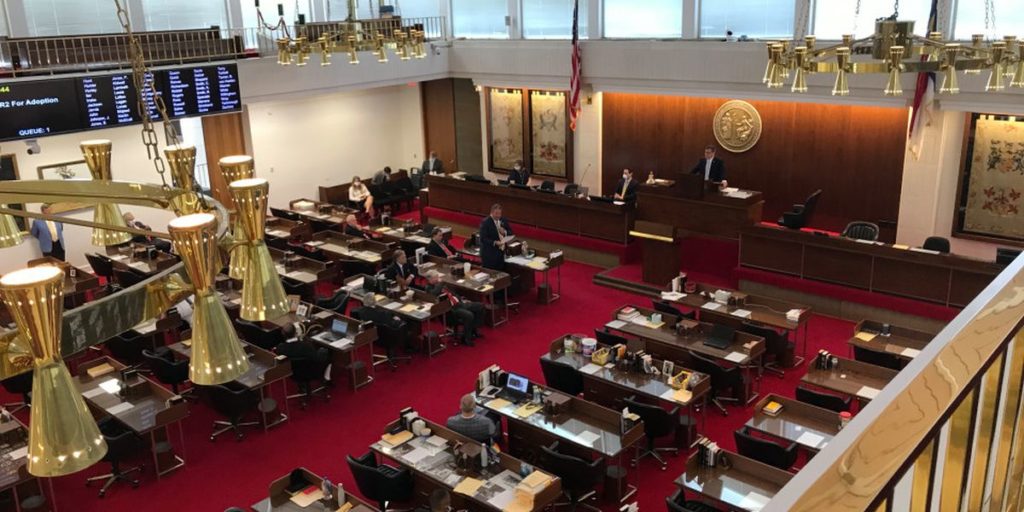 Since March 15, more than 900,000 North Carolinians have lost their jobs, and in a system where many workers receive health insurance through their employers, most of those people have lost their access to health care too.

Many now unemployed workers will not be able to qualify for Medicaid due to North Carolina’s lack of Medicaid expansion — resulting in limited eligibility for thousands.

Limited eligibility stems from Republican state lawmakers’ blockade of Medicaid expansion for years. The reckless forgoing of $40 billion in federal dollars since 2014 — that could have stabilized hospitals, boosted the state economy, aided vulnerable communities and made North Carolina a healthier state  — has dissolved the state’s health care safety net and starved vital health care resources and funding.

Since the start of the outbreak, many governors — along with North Carolina’s Roy Cooper, have requested and received waivers from the federal government to give their Medicaid programs more flexibility amid the disaster.

With North Carolina’s weakened health care system, the full and permanent expansion of Medicaid would protect hundreds of thousands of people who are uninsured while the virus continues to spread, but instead, the state legislature is seeking a temporary and very limited solution.

From the Winston-Salem Journal:

House Bill 1037 and Senate Bill 704 contain language that allows for the state Medicaid program to cover uninsured North Carolinians for just COVID-19 testing during the pandemic.

Medicaid expansion in HB1037 would be provided only for a limited time in the nationwide health emergency, and coverage would not go beyond prevention, testing and treatment of COVID-19.

That means Medicaid coverage for a patient being treated for COVID-19 would not extend to paying for another illness or ailment, such as a heart attack or broken arm. Democratic efforts to remove that stipulation have failed in committee.

SB704 would cover only testing and exclude prevention and treatment.

Republican legislative leaders, foremost Senate leader Phil Berger of Rockingham County, have pointedly declined to expand the state Medicaid program since 2013, even though several studies have shown that between 450,000 and 650,000 North Carolina could benefit.

HB1037 would authorize the N.C. Department of Health and Human Services “to provide temporary, targeted Medicaid coverage to individuals with incomes up to 200% of the federal poverty level.”

Dr. Mandy Cohen, the state’s health secretary, requested permission for the exemption in the federal 1115 Medicaid waiver application submitted March 27 to the federal Centers for Medicare and Medicaid Services.

Some unemployed individuals may qualify for Medicaid coverage if their household income has declined to within 138% of the federal poverty criteria: $17,618 a year for an individual and $36,158 a year for a family of four.

Currently, Medicaid serves over 2.14 million North Carolinians — about 21 percent of the state population.

According to several studies, Medicaid expansion would benefit between 450,000 and 650,000 North Carolinians. Yet, Republican lawmakers continue to block expansion of the health care coverage that would give much needed care for chronic conditions, prevent illness and disease progression.

Instead of guaranteeing permanent health care coverage, resources and access for everyone,  lawmakers are pushing for the draft bill that only allows for DHHS to offer temporary, targeted Medicaid coverage to people with income up to 200 percent of the federal poverty level — solely for the prevention, testing and treatment of COVID-19.

To lawmakers, a temporary fix seems more viable than providing long-term health and safety for all North Carolinians.

As this public health crisis continues to expose not only the U.S., but the state’s weakened health care and economic infrastructure, lawmakers need to consider long-term solutions that will not bring us back to square one.

Funding for hospitals, rural community medical facilities, equal health care coverage for all and vital resources needs to start now to protect everyone from not only this virus, but to ensure all of our health and safety for years to come.